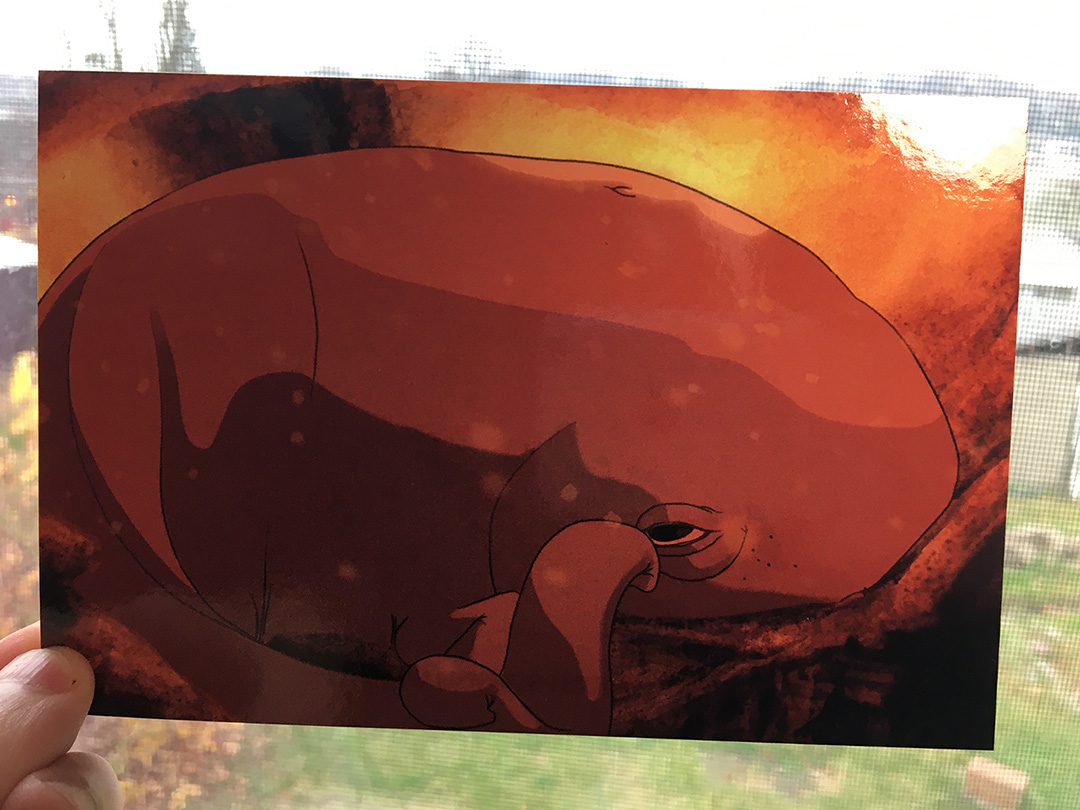 I have a box of promotional postcards and I will be drawing sea creatures on the backs.  Like so: 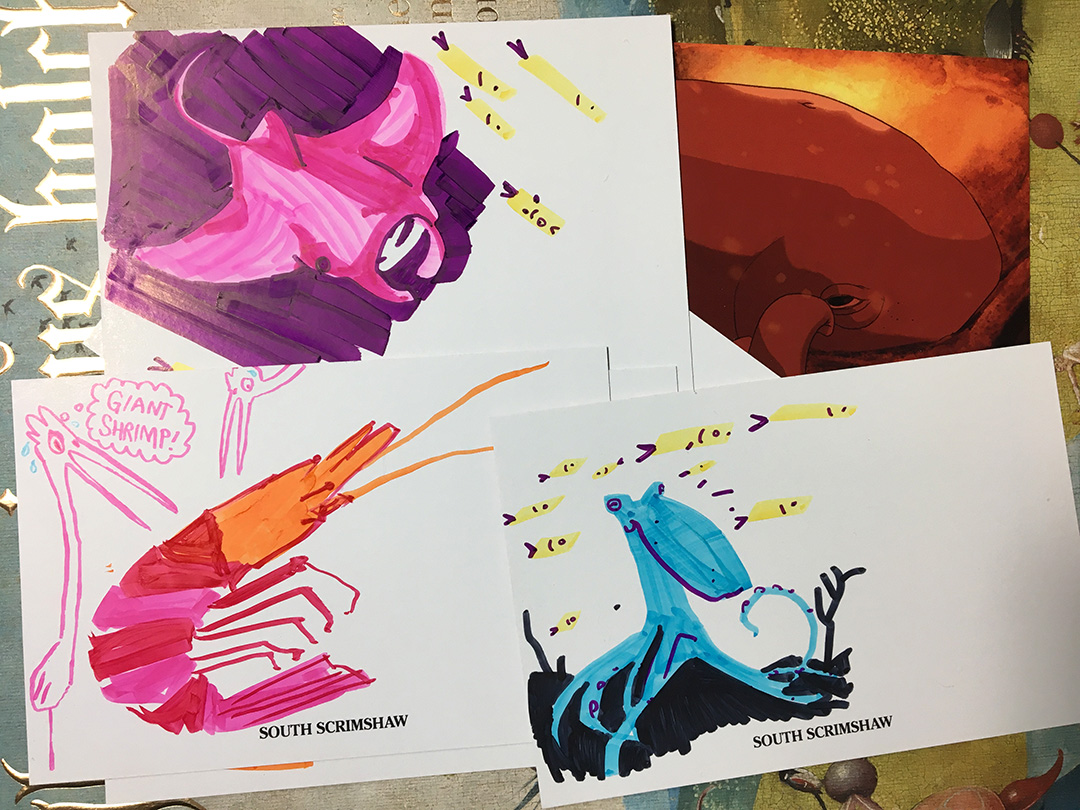 If you want a postcard then email me, or message me on here itch.io, Instagram, or Twitter. The offer continues until I edit this post to say otherwise. I doubt I will be inundated with requests and I have a decent stack of these, so feel free to ask.

Since my last upload I had to take a couple weeks away from the project, but new work resumes. Here is a friendly trilobite: 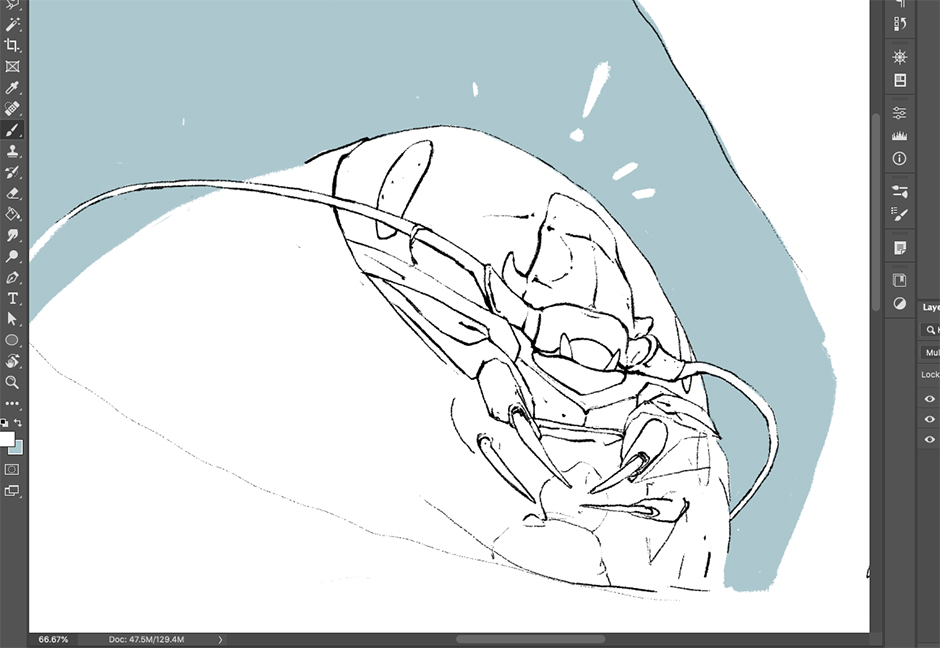 What I initially wrote as the third chapter is getting split into 2 separate updates. I had hoped to have the next update online by the end of December, but January might be more realistic given the scope of new stuff I keep adding in. As always this is subject to change if paying work demands my time instead, but it's my hope to work on Scrimshaw uninterrupted for a little while longer.

While I can't guarantee all of the postcards will look brilliant, I will draw something on all of them. Sketching without caring deeply in the end product is a nice break from the exhausting focus required for finished pieces, and it also helps foster creative ideas that wouldn’t normally surface during the workday. Usually this would be stuff I just dump into a sketchbook but figured if I did it on cards I could mail out the ones that look OK.

Usually I don’t sketch in color. But I have a very large box of Copic markers and the like that’s been sitting around in my room gathering dust and this idea seems like a good excuse to use them up. 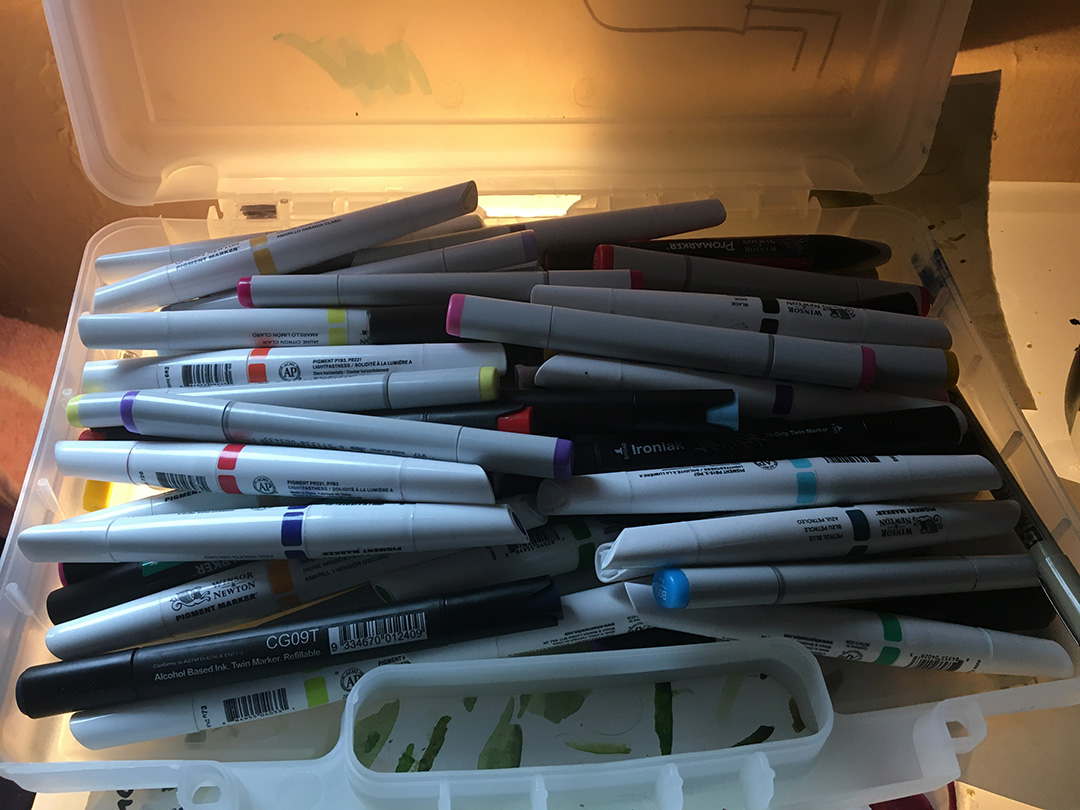 These are souvenirs from a film I once worked on. I had a few roles in the art department but primarily during production I was making naive-style illustrations, and markers seemed to fit the bill for that. 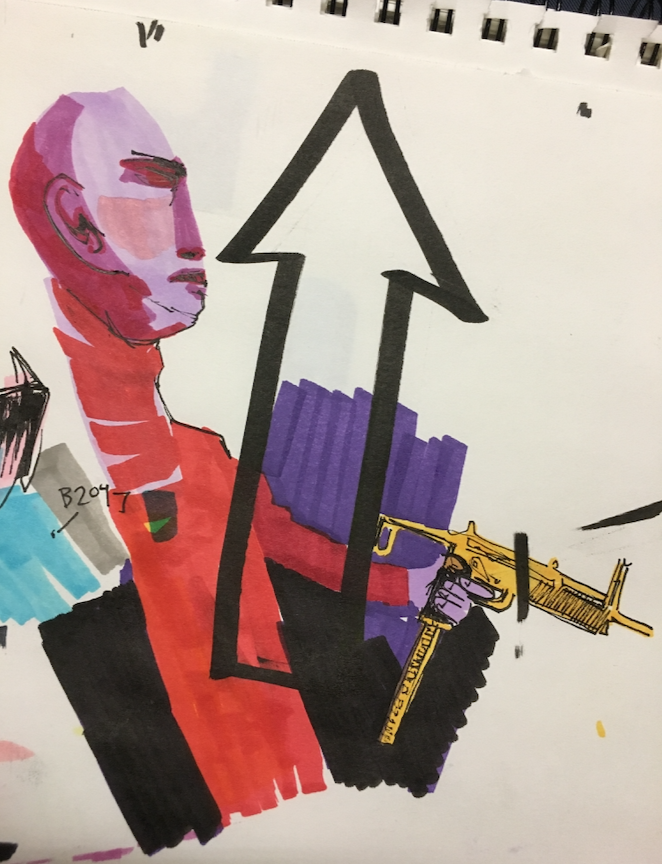 That was about four years ago and I haven’t touched them since, partly because markers just aren’t a medium I’ve cared to pursue, partly because the job was such an exhausting effort that I felt I had enough of them. Uncapping one yesterday, they have a particular alcohol smell, and it really brought some memories back. The connection between scent and memory is very common knowledge, but it’s always remarkably vivid to experience it.

Anyway that’s all. As always, many thanks for checking out South Scrimshaw.